Home / History and Origin of RCCG

THE ORIGIN AND HISTORY OF THE REDEEMED CHRISTIAN CHURCH OF GOD

Josiah Olufemi Akindayomi, founder and first General Overseer of The Redeemed Christian Church of God (RCCG) was born in 1909 into the Akindayomi family in Ondo State, Nigeria. From early childhood, Josiah had inkling that he was different, for although he grew up in an environment where the worship of Ogun (the Yoruba divinity of iron and war) was prevalent, he was aware of the existence of a greater power and yearned to know the true God who created the earth and everyone in it. 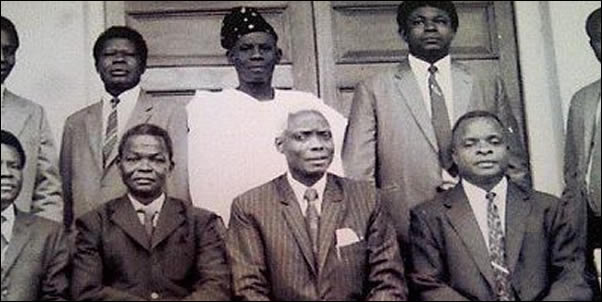 In his search for spiritual fulfillment, he joined the Cherubim and Seraphim (C & S) church in 1931. Akindayomi got married in 1941 and relocated to Lagos in the latter part of that year. In Lagos, he worshipped with the C & S Church. He was still with the church in 1947 when a zeal for a better service and a deeper experience with God prompted him to start the prayer fellowship later known as the Glory of God Fellowship that met at 9, Willoughby Street, Ebute-Metta, Lagos. Initially there were nine (9) members; however the fellowship became so popular that it drew not only members of the church, but others from the neighborhood. By 1952 he left the C & S church and the fellowship he had started then grew into the RCCG. The name of the church was said to have been revealed to the founder in a vision. Allegedly the letters forming the name of the church appeared in the English alphabet to Akindayomi, who could neither read nor write. Miraculously he was able to scribble down the individual letters which, when put together, read “The Redeemed Christian Church of God”.

In this same vision God promised to take the church to the ends of the earth and declared that the Lord Jesus Christ would meet the church when he returned in glory. The Lord also established a covenant with Akindayomi similar to the Abrahamic covenant in the Bible, promising to meet all the needs of the church in wonderful ways if only members would serve Him faithfully and be obedient to His Word. RCCG was formed, based on this covenant, in 1952. The church continued to meet at 9, Willoughby Street until they acquired some land and relocated to their headquarters at 1 – 5 Redemption Way, Ebute-Metta, Lagos (formerly 1a Cemetery Street) and later the Redemption Camp. Today the church has become one of the fastest growing Pentecostal churches in the world. RCCG, has since grown from when Pastor Adeboye took charge, to over 14,000 parishes in Nigeria and branches in over a hundred countries. This was achievable through the GO’s vision to establish a parish of the church within five minutes of every house on earth. 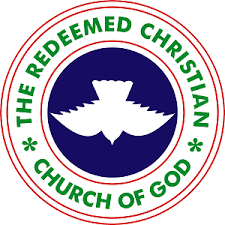 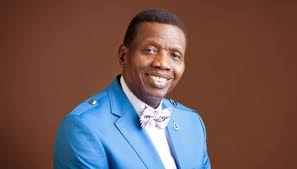 Pastor Enoch Adejare Adeboye, the General Overseer of The Redeemed Christian Church of God (RCCG) was born on 2nd March 1942 at Ifewara in the present day Osun State. Against all odds, he graduated from the University in 1967, at the age of 25. Between 1967 and 1975 he had added two more degrees, an M.Sc in Hydrodynamics and a Ph.D in Applied Mathematics. He later became a lecturer at the University of University of Lagos and Ilorin before he was called into full time ministry. Pastor Adeboye joined RCCG in 1973 and gave his life to Jesus on 29th of July 1973. While reflecting later on his conversion he said, “Something overwhelmed me mightily: that I was close to hell and I didn’t know it. I suddenly realized that it is possible to have all the Ph.d’s in the world and still be on the losing side. I knew all the formula but I did not know the one for eternal life”. He became Akindayomi’s interpreter and was ordained a Pastor of the church in 1975.Akindayomi died in 1980 at the age of 71 but not before naming Enoch Adejare Adeboye as his successor, following God’s instructions. Thereafter Pastor Adeboye’s appointment was formalized in 1981 and he has since been the General Overseer of the Church.

Today, God is still doing powerful work through RCCG worldwide. The vision, which God dropped into the heart of an uneducated man, began to expand in the hands of the scholar. In 1981 there was an explosion of growth in the number of parishes. At the last count there were about 12,000 parishes of RCCG in Nigeria alone and RCCG is represented in 22 nations in Europe and the church has more than 15,000 parishes in over 100 countries. One prominent program of the church is the Holy Ghost Service, an all-night miracle service, held on the first Friday of every month at the Redemption Camp at Km. 46, Lagos-Ibadan expressway. In view of the traffic jam at the monthly Holy Ghost services owing to population explosion, the church is now preparing to move to a new auditorium spanning about 10km x 10km in order to accommodate the thronging crowd of worshippers. The Holy Ghost Service is now regularly held in not less than 6 nations of the world including London (Festival of Life), North America and Dubai. Daddy GO is married to Mummy GO, Pastor (Mrs.) Folu Adeboye and her support in the missions, women, and children departments complement the efforts of her husband’s ministry. They are blessed with four glorious children (Adeolu, Bolu, Dare and Leke) and many grandchildren.